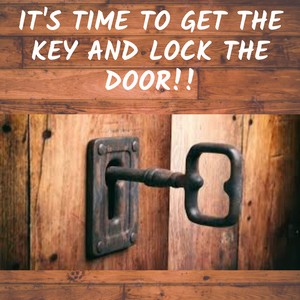 A Collection of Aussie Radio Shows No 101

"Every door has a key, there is a key to every
situation, behind every unopened door there
is a mystery, and the opening of this door
introduces us to another in the series:
they Key."

The Key was a mystery series from Australia that aired in the mid 1950's. Not much is known about the series. There was an ad in the ABC Weekly 11 Dec 1957 and it named the scriptwriter as James Workman who is known as a pulp writer.

James Workman was educated in England and trained as a naval cadet. He spent three years in the London Metropolitan Police. Moving to South Africa, Workman enlisted with the Witwatersand Rifles and later joined a touring theatre company. He worked for the South African Broadcasting Commission as an announcer, scriptwriter and producer, occupations he continued to pursue after his move to Australia.

Behind every door is a mystery and new spooky story with The Key old time radio show. The acting is well done and each show features a unique cast of characters all set for mystery and mayhem. There are some doors you are afraid to open even if you have The Key!

Disclaimer: By uploading these files, I make no claim to ownership or copyright. These recordings have been acquired from publicly available sources on the Internet, and my goal has been to put together a collection of every available episode where possible. I will add to these collections if I discover new episodes or if any new episodes become available. Additionally, while I tried to put together a collection that contains the best version of each episode that I could, there may be better copies of some recordings available from collectors and dealers, and I encourage you to reach out to them if you are so inclined. If they are not in the public domain, notify me and they will be deleted.